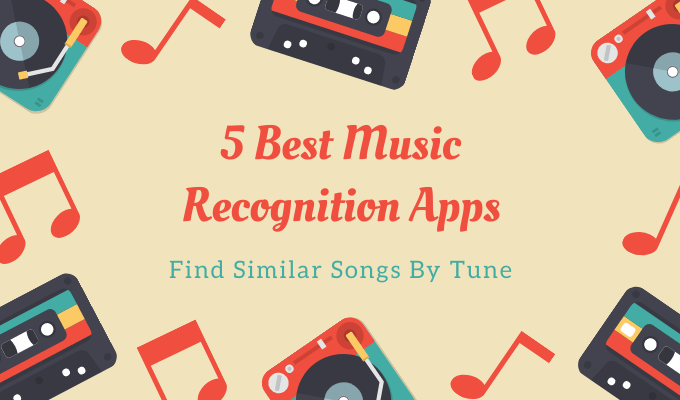 It has happened to everyone: you’re shopping for groceries and suddenly you realize you’re bopping along to the music playing over the speakers. You whip out your phone, but your app can’t identify what the song is. The music ends, and with it, your peace of mind—as you wonder for the rest of your life what the song was.

When you hear a song you like, you need the best possible music recognition app to help you find what it is. These apps will tell you the name of the song with just a few seconds of listening, help you find where to buy it, and much more.

SoundHound makes it easy for users to find exactly what button to press to identify music: a great big orange one right in the middle of the app. If you’re pressed for time (like if the song is almost at its end), you can just say, “OK, Hound” and you can tag the song within the app.

One feature that really sets SoundHound apart from the competition is its ability to identify music based on humming or singing the song. If you aren’t able to identify the song in time, try humming the tune to SoundHound. It gives you a second chance to identify that catchy beat you heard.

It includes the ability to tag songs so that you can purchase it later, view the lyrics, and more. If you’re interested, SoundHound also has its own voice assistant, but it doesn’t stack up against either Google Assistant or Siri.

SoundHound is free and ad-supported, but if you want to get rid of ads, you can purchase the premium version (called SoundHound Infinite) for $7. There’s not much point in doing so other than removing ads, however.

Shazam is one of the most popular music recognition apps out there. It’s packed with features to help you identify music you hear, as well as discover music from new artists you might not hear about otherwise.

The Country & City Charts make it easy to find music from around the world. You can even tell Shazam to play music and just jam out to the mix it provides. Shazam can also make a playlist for you based on the music you’ve identified previously.

As for identifying music, Shazam has two modes. The first is what you’re most likely familiar with: just tap to identify the song. The other mode is a lot more interesting: Auto-Shazam. Rather than tapping the button, you long press to activate Auto-Shazam.

Auto-Shazam will automatically listen for and identify music, even if the app isn’t open. While this isn’t the best option all the time, it can be a great option if you find yourself in a place with unfamiliar music that you enjoy.

Shazam is free to use, but is supported by ads. If you want to go ad-free, you can do so for $3.

MusicID is a lesser-known app that doesn’t pack as many bells and whistles as bigger names like Shazam, but it does excel at identifying music. MusicID is a great choice for users who prefer minimalism, as the app provides only the basic information without much else on screen.

Just tap to identify the song. Once MusicID finds the tune for you, it provides the option to buy it on iTunes (although now that opens to Apple Music.) MusicID also allows you to make comments on identified songs so you can remember where and why you identified the song.

MusicID also provides metadata about the songs. For example, in the Michael Buble song identified earlier, it provides genre, mood, and even the origin of the artist. It’s a great way to learn more about the musicians you enjoy.

Like MusicID, MusixMatch is a more dedicated app than Shazam. It focuses solely on identifying songs and providing lyrics, but you can often find the lyrics in multiple languages. As the song plays, the words will be highlighted so you can follow along.

You can connect MusixMatch to your Apple Music library and follow along with the lyrics. If you don’t know a song’s name but you remember a line from the song, you can search with just that information. More often than not, you’ll be able to find a match.

There are also a host of premium options behind the MusixMatch Premium subscription. For $3 per month or roughly $36 per year, you unlock Party Mode, an ad-free app, the ability to clean up your music library with a single click, and more.

Genius is an app for song lovers. It has music recognition capabilities and will allow you to follow the lyrics of the song, but it also has a lot of other features. You can watch videos and interviews with your favorite artists, search for new music, and more.

One thing to note is that while Genius can identify music for you, it doesn’t save all the songs you’ve listed. It will show the most recent songs, but if you identify a lot of music you’ll want to manually save them.

You can also highlight lyrics and annotate them to contribute your knowledge to the app. Once you’ve identified a song, you can scroll below the lyrics to find the next song on the album it comes from, as well as similar types of music you may enjoy.