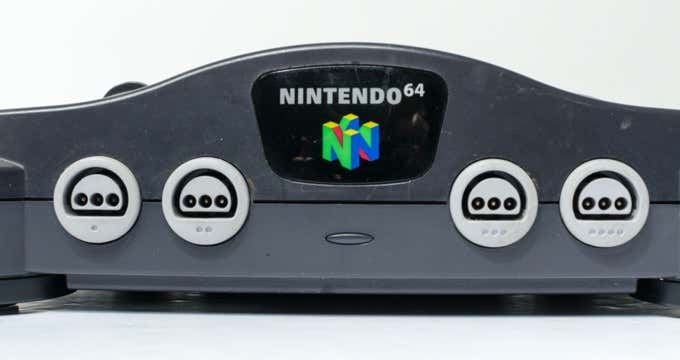 The Nintendo 64 library of games is full of powerhouse titles, and racing games are no exception. Some of the best racers (even in modern times) can be found on the N64. If you’re a fan of retro gaming, you owe it to yourself to spend a lazy weekend playing through the best games the library has to offer.

We’ve done the hard work and rounded up the best N64 racing games. If you don’t still have one laying around, you can also check out a N64 emulator. You can check out some emulators here, here and here.

Was there really any doubt which game would top this list? Mario Kart 64 is arguably still the best N64 racing game in the Mario Kart series. It builds upon the foundations laid by Super Mario Kart with four different game modes and eight playable characters.

The best versions of the series’ most beloved levels can be found in Mario Kart 64—particularly Rainbow Road. If you can get your hands on a copy of Mario Kart 64, whether on the original console or through emulation, it’s a fantastic way to pass the time with friends.

The original F-Zero released in 1990, so when the sequel came out eight years later, fans were excited to see what it would hold. F-Zero X did not disappoint. It’s one of the best titles on the N64 and holds an incredible amount of content.

There are 24 different tracks to race on, as well as 30 different vehicles. There is even the “X” cup to participate in, that generates random tracks each time you play. This means the variety of races is nearly endless. Each race is different, making this one of the N64 racing games with the most replayability.

Wipeout is a rare title in the Nintendo library, as almost every game in the series—with the exception of three—have been released on a Sony console. The title is a futuristic racer that feels a bit like F-Zero in some respects, but stands strong on its own. It allows for up to four-players in split screen mode. It also introduces more weapons than the previous titles, including rear-locking missiles.

Unfortunately, longtime fans of the series will note that most of the tracks are just mirrored versions of tracks from the previous games, but that doesn’t stop them from being incredibly fun to experience on the Nintendo 64.

Micro Machines is an odd series, but don’t let the name fool you—the amount of fun in this title is anything but micro. This is the perfect game for anyone that enjoyed playing with the Micro Machines cars as kids. You take control of a small toy car and race across tracks designed out of everyday objects, but the size of your small car makes them seem larger than life.

The controls are simple, which makes the game easy to pick up and play, but you won’t get bored anytime soon. There are 32 different types of vehicles to operate and 48 tracks to explore. There are both time trials and head-to-head multiplayer.

If you’re looking for a great N64 racing game, then Star Wars Episode 1: Racer is one game you shouldn’t miss. Don’t pass over it because of the title. It takes all the best elements of episode 1—pod racing—and leaves out the rest.

There are 25 different racers each with their own abilities and pods, and you can upgrade each and every vehicle in the shop. The customization is impressive for a Nintendo 64 title. The upgrades make a difference in how each vehicle responds.

Damage also plays a big role in this title. If you crash on your left side, then you might find the vehicle slightly harder to control when going left. Your pod will also be more vulnerable on that side. It introduces a strategic element to the races that isn’t present in many other N64 racing games.

Any game with Lego in its title is bound to have at least two or three standout aspects. Lego Racers lives up to this expectation with insane customization options. As a player, you are given a number of Legos to work with that let you build both your driver and your vehicle.

The select of Legos you can use to customize your car and driver go up as you make more progress in the game. You also unlock more throughout the storyline, a series of four different cups with six tracks in each. You can even level up the different weapons you have access to in order to make them more powerful.

Lego Racers allows split screen mode only for single races, which is a bit of a shame. This would be a great title to play with friends, but the multiplayer mode is somewhat limited. However, the single player mode will be some of the most fun you have on the N64.

San Francisco Rush: Extreme Racing is a port of an arcade game, but the N64 version is arguably better than the original for several reasons—least of which is the introduction of more tracks. The Nintendo 64 version of the racing game contains six tracks, two of which hold secret “stunt” courses.

Depending on who you ask, the game doesn’t have the smoothest controls. Some people enjoy the experience of using the Nintendo 64’s analogue stick, while others found it non-responsive. Our opinion is that it works just fine, although using a peripheral steering wheel did add a new element to the title.

What makes San Francisco Rush: Extreme Racing stand out is the Practice Mode and Death Race Mode. In Death Race Mode, cars remain on the tracks after they crash. This adds another level of difficulty and is also an impressive technical feat given the Nintendo 64’s limited hardware.

What is the best N64 racing game in your opinion? Let us know in the comments below.