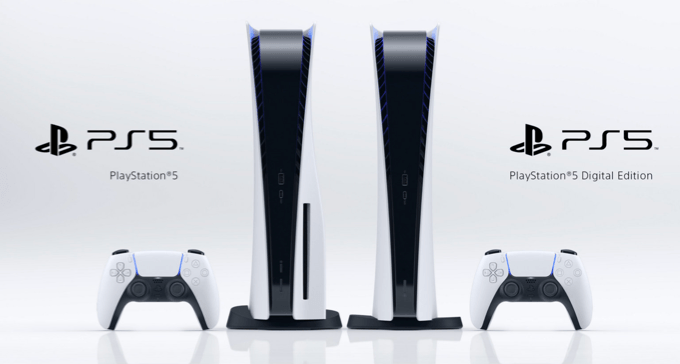 The PlayStation 5 is one of the most looked-forward to consoles of the upcoming generation Sony’s recent livestream that debuted titles only stoked the flames. Fans tuned in to see which titles, if any, would sell consoles, and Sony fulfilled those expectations in a big way.

Several games had already been announced for PlayStation 5, but these titles were just next-gen ports of already-popular games. For example, Fortnite and Destiny 2. Both of these games are huge, but they won’t move systems.

Never fear, though—Sony announced blockbuster titles that will be day-one purchases for most everyone. If you’re looking for the best PlayStation 5 games that we know about so far, check them out below.

The follow-up to 2018’s Spider-Man, the new Marvel’s Spider-Man: Miles Morales (henceforth abbreviated as Spider-Man because that title is too long) looks fantastic. It builds upon the story told in the first game and puts the players in the shoes of Miles Morales, another victim of a radioactive spider bite.

The power of the PlayStation 5 is demonstrated in the graphics of Spider-Man, but the mechanics look smooth as butter. Although no gameplay was shown during the livestream, the cutscenes and in-game cinematic moments look incredible. If the developers continue the pattern they set in the previous game, then Spider-Man: Miles Morales will be an incredible spin-off.

No release date has been given, but fingers crossed it will be a launch title.

If there’s one thing racing games are good at, it’s demonstrating the power of a console. If there’s another, it’s giving players an incredible experience—and no racing series does that better than Gran Turismo. The classic PlayStation racer is back for its seventh entry and brings with it all of the elements fans of the series know and love.

Gran Turismo 7 is nothing short of gorgeous. The way the light played across the windshield as the car whipped around curves showed the power of the PlayStation 5’s hardware, and the particle effects as the car tore through a section of median are not possible on current consoles.

It looks like Gran Turismo will retain the same level of car customization as previous games. The trailer showed the player browsing through different aftermarket parts to improve the performance of their cars.

Considering that the PlayStation 5 will support PSVR, Gran Turismo 7 may also have VR support—something that would enhance the experience several times over.

Horizon: Zero Dawn was a masterpiece of a game. It set numerous records and drew the attention of gamers across the globe, blurring third-person action and masterful storytelling into a gorgeous package.

The trailer for Horizon: Forbidden West looks to be everything gamers want from a sequel. It promises to further expand on the story, especially the cliffhanger moments from the original game.

The trailer also introduced brand-new enemies that look even more difficult and complicated to battle than the wide range of robo-dinos found in the first game. The mammoth seen at the end will likely be a tremendously difficult, but fun battle.

The world is gorgeously rendered and packed with a cast of interesting, if sometimes odd characters. The main character (Kena, perhaps?) looks more like a Pixar film than a video game character. The small creatures that follow her are reminiscent of Tribbles.

Little gameplay was shown, but Kena looks to have magical powers, as well as a bow and other weapons with which to fight foes and traverse the world. If you enjoy platformers and long for a game that’s a modern throwback to a bygone era, Kena: Bridge of Spirits is worth keeping an eye on.

If the trailer for Resident Evil 8 is any indication of what the final game will be like, then it’s one that you’ll want to keep the lights on for. Resident Evil 8 brings back all the atmospheric tension and horror the series is known for and condenses it into a brand-new setting.

Resident Evil is known for pitting the player against powerful foes with too little (and sometimes no) ammo, forcing them to choose whether to fight or run. The Resident Evil series is known for zombies, but the new game looks to place more focus on werewolves.

Not much is known yet about where the game will take place or what it will be like, but fans of Resident Evil are already chomping at the bit to play this new entry. Also, how about that reveal, hiding the numeral VIII inside the village?

Ratchet and Clank are back and ready to face another threat—or so you think, until the trailer reveals that Ratchet has been snatched away by a dimensional rift and replaced with a female version of Ratchet.

The new character should add a twist to the game’s story, but as long as it keeps the core gameplay elements with crazy guns, wacky villains, and interesting level design, Ratchet and Clank: Rift Apart will definitely be worth picking up and trying out for yourself.

The PlayStation 5 is powerful and promises to deliver a gaming experience like no console before it. Although no release date is given, gamers can expect to wrap their hands around that sleek controller sometime this holiday season.

Which do you think will be the best PlayStation 5 game to look forward to? What were your thoughts on the recent announcements? Let us know in the comments below.